Since we visited The Lanterns a couple of years ago, and posted lots of magical pictures on social media, I’ve been asked the same question about 282639262 times.

Is it worth it? 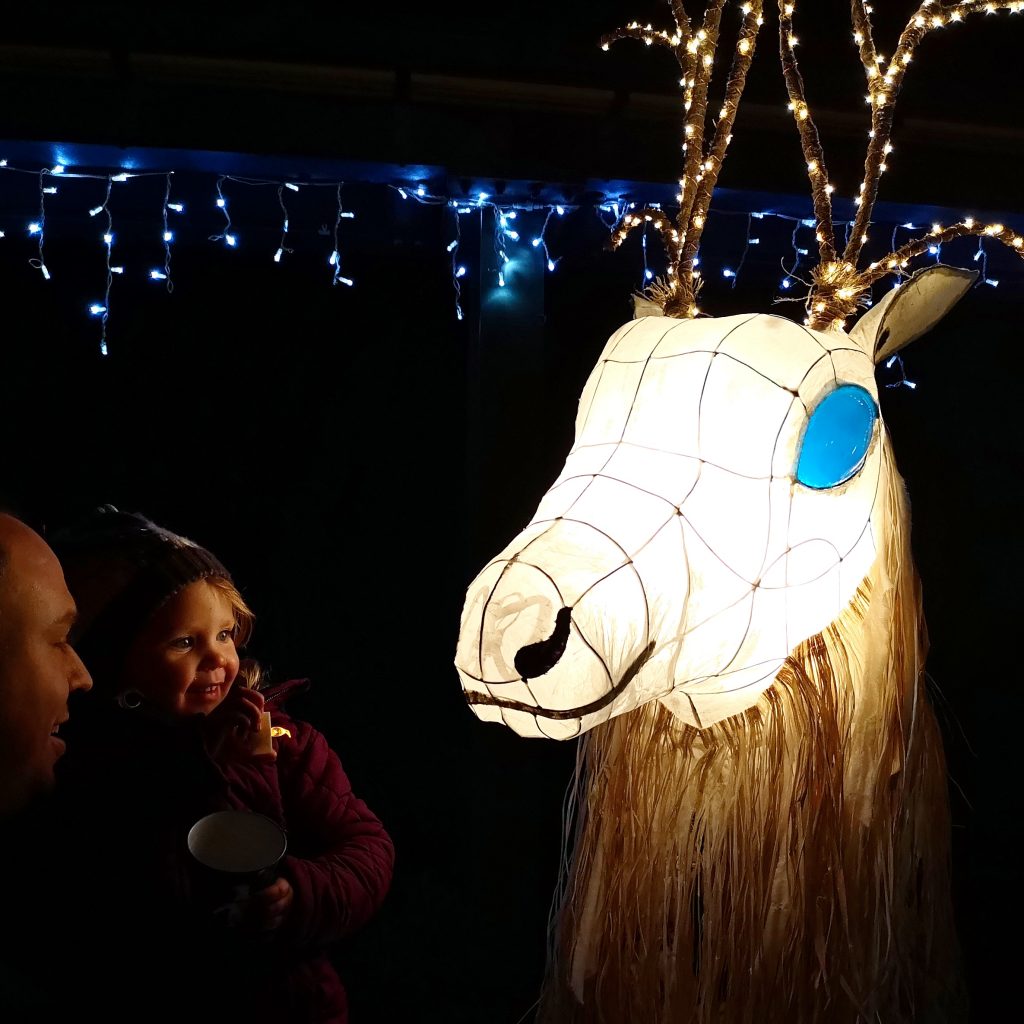 It’s a question that I think we all find ourselves asking more and more these days.  We’re in strange times and can’t always be so quick to say yes to every family outing idea, however sweet the photo opportunities!

As a blogger/reviewer it’s sometimes hard for me to answer that question.  I can tell you whether or not we enjoyed an event.  I can comment on the organisation, the atmosphere.  I can tell you whether I thought it was worth the car journey, but as I often haven’t paid the entrance fee, I feel a bit blasé recommending that parents spend hard earned cash on something that I’ve been lucky enough to get on the house. 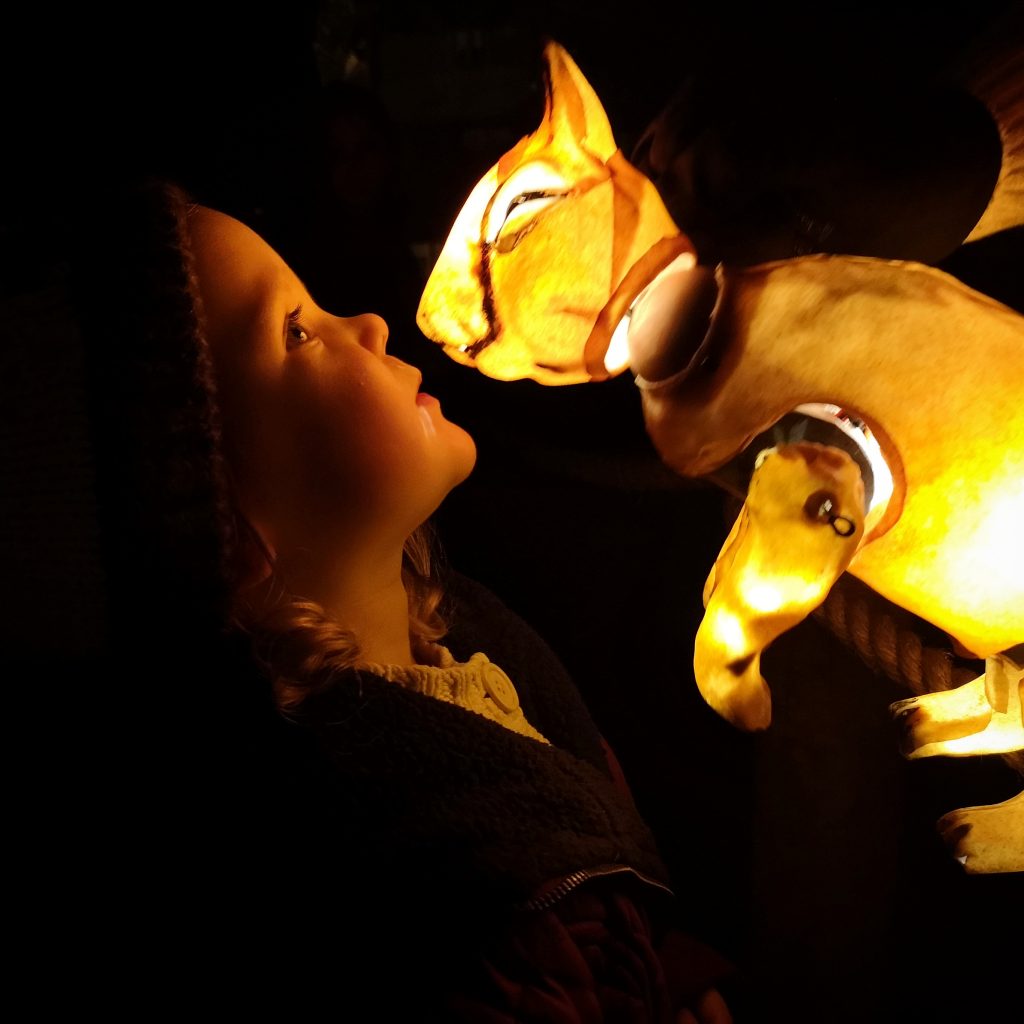 But this is different.

The Lanterns is worth it.

This year tickets start at £13 per adult, £11 per child and under 2s go free.  If your budget allows just one special trip with the children this December, I wholeheartedly recommend that you choose this.

The Lanterns is produced by Wild Rumpus, the same people who brought us Just So Festival and like Just So, the magic begins as soon as you step into the grounds.

It’s dark when you arrive so don’t expect to see any of the Zoo’s usual inhabitants.  You’re given an entrance time so that there aren’t a hoards of people all trying to see and do the same thing at once.  This was a real bonus as we never felt like we were scrambling to get to the front of crowds or queuing to interact with all the magical creatures. 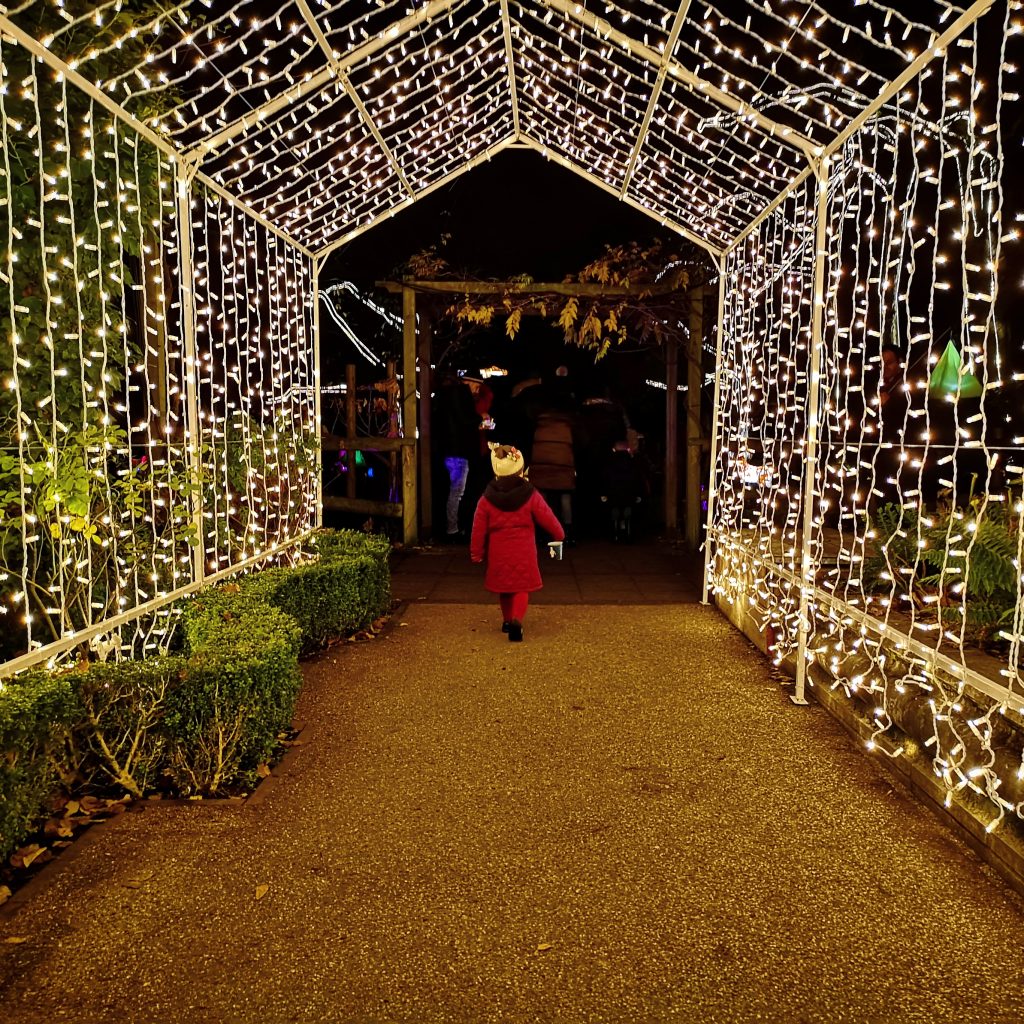 Magical.  It’s a word that gets thrown around alot at Christmastime, but it doesn’t get much more magical than the huge butterflies and snails who greet you at the gate!  You follow a clearly marked, pram and wheelchair friendly trail through the Garden of Delight to the Moonlit Meadow where you’re handed a lantern.  Little ones get tin buckets that they can take home and each family borrows a big pyramid lantern which look brilliant bobbing along the paths and bridges. 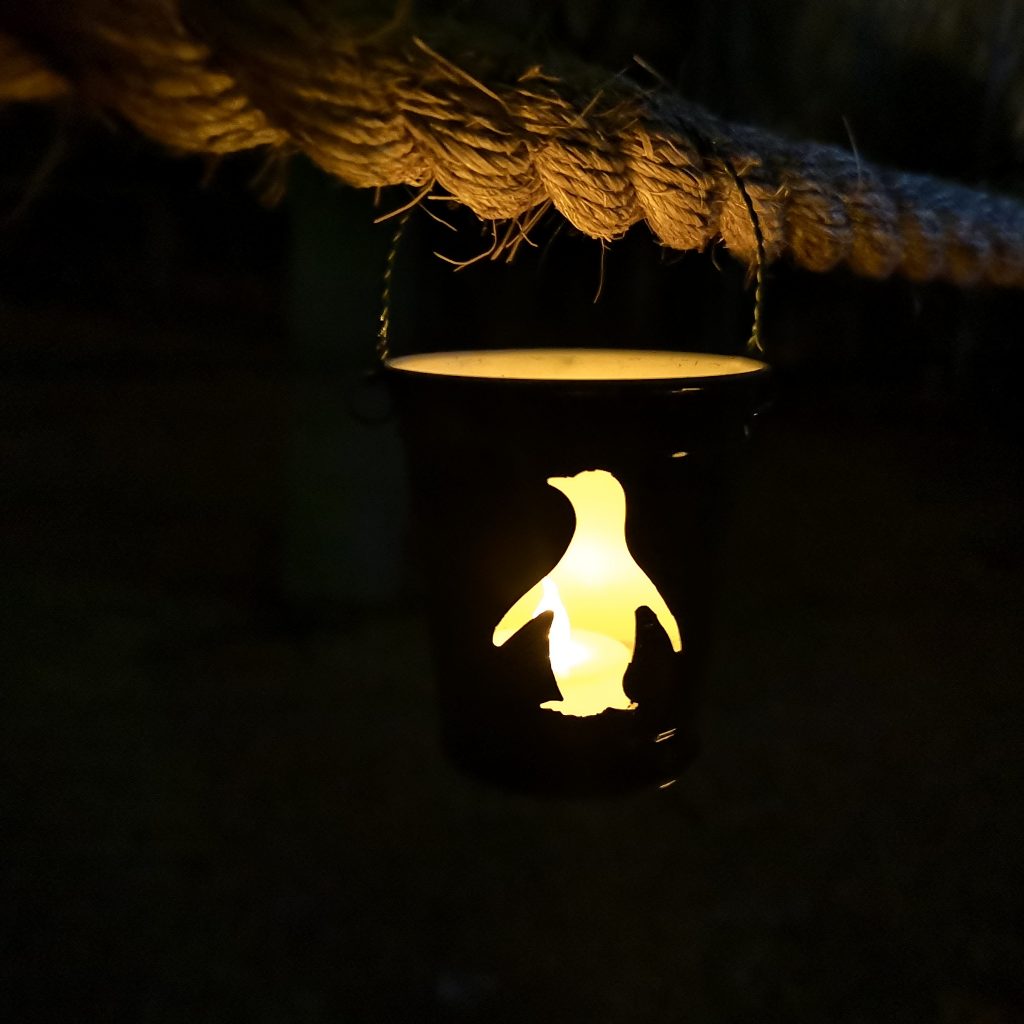 The experience is split up into a number of different Worlds, each with a different vibe and appeal.  Dorothy was particularly taken with The Northern Lights where she made friends with beautiful reindeer and even spotted Father Christmas making a flying visit.  The flamingos in Wonderland went down well and of course it was absolutely hilarious when a giraffe nibbled on mummy’s coat! 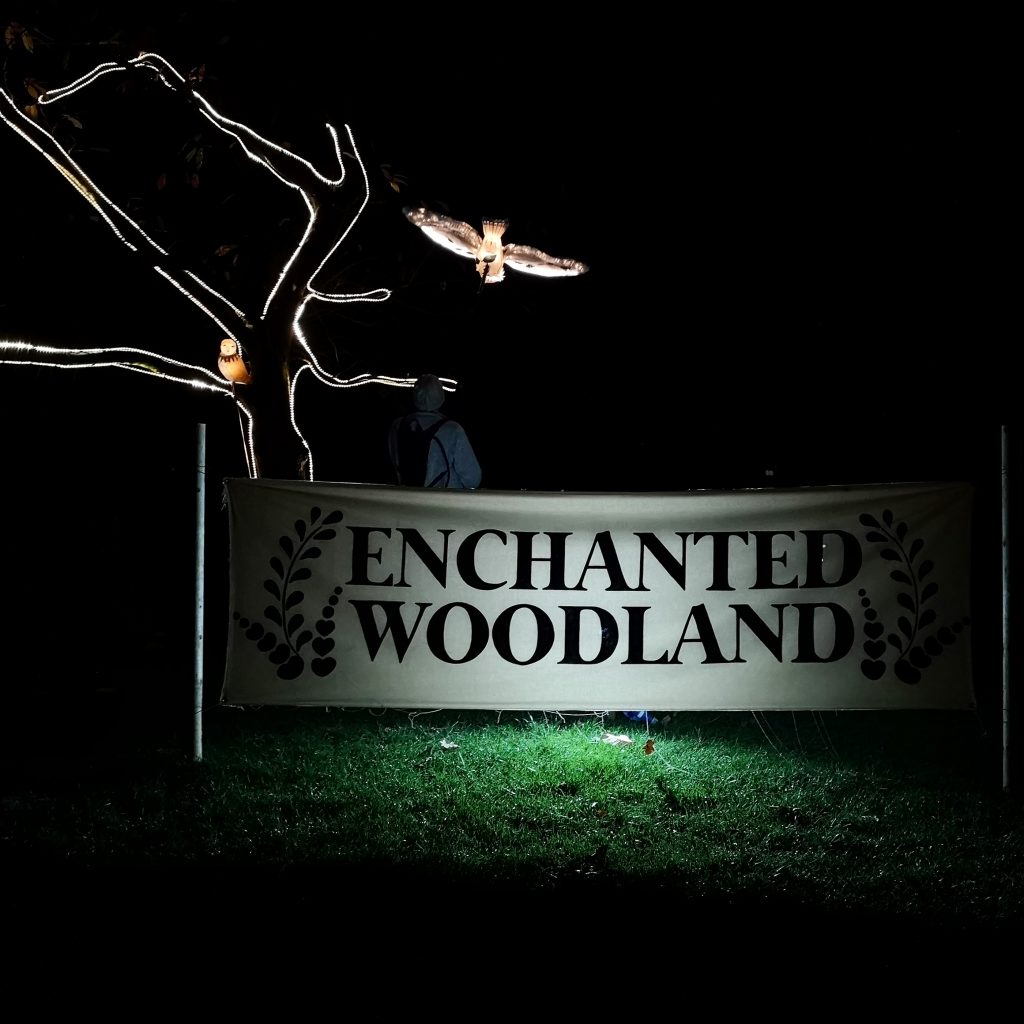 Wild Rumpus love a good teepee and they didn’t disappoint with their beautiful, lodge-esque tent – home to a warm welcome and lots and lots of mulled wine.  There are food stalls as well, similar to those you’ll find at Christmas markets.  You know you’re amongst people with taste when the hog roast stall sells out! 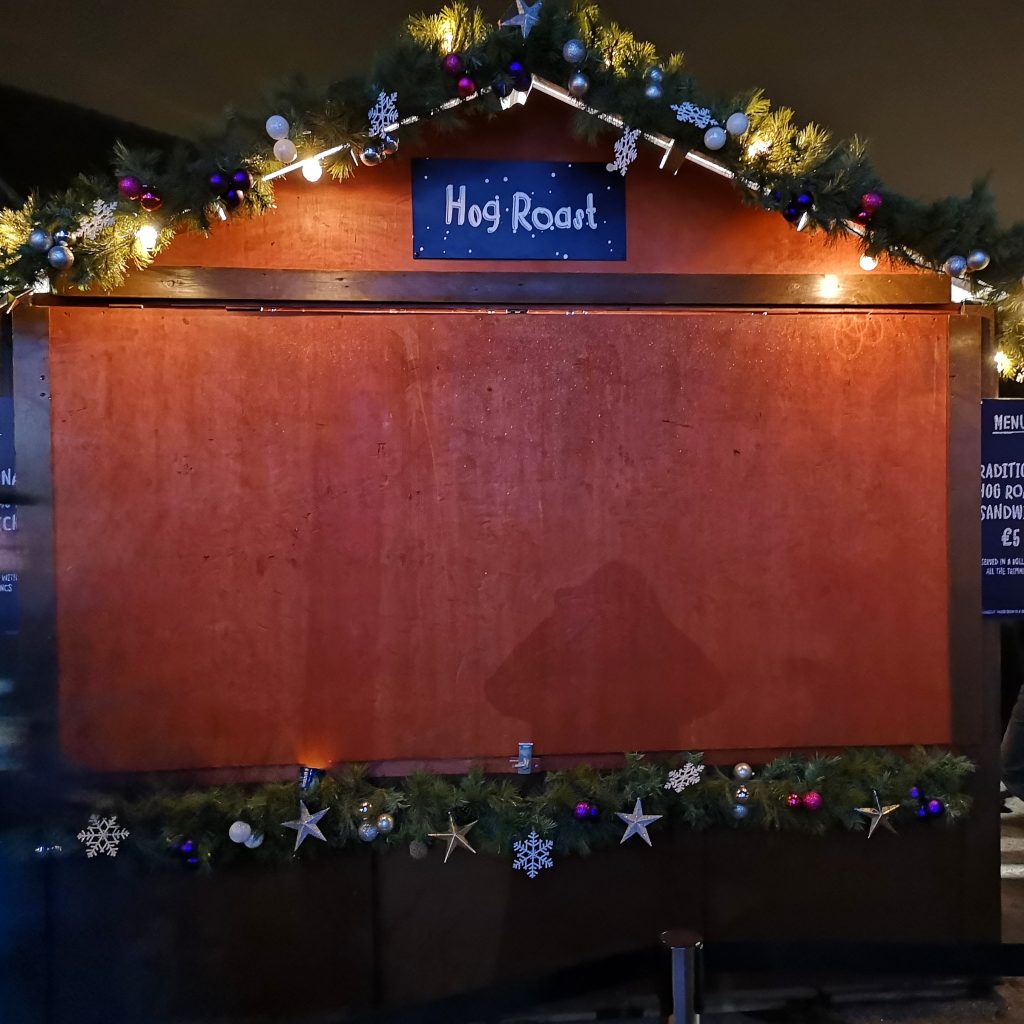 Unfortunately the food and drink was selling for Christmas market prices too, which if you’re visiting as a family would add a hefty cost on top of the entrance fee.  We opayed against eating at The Lanterns but rest assured, like other Wild Rumpus events, the food is really the only thing that isn’t included. 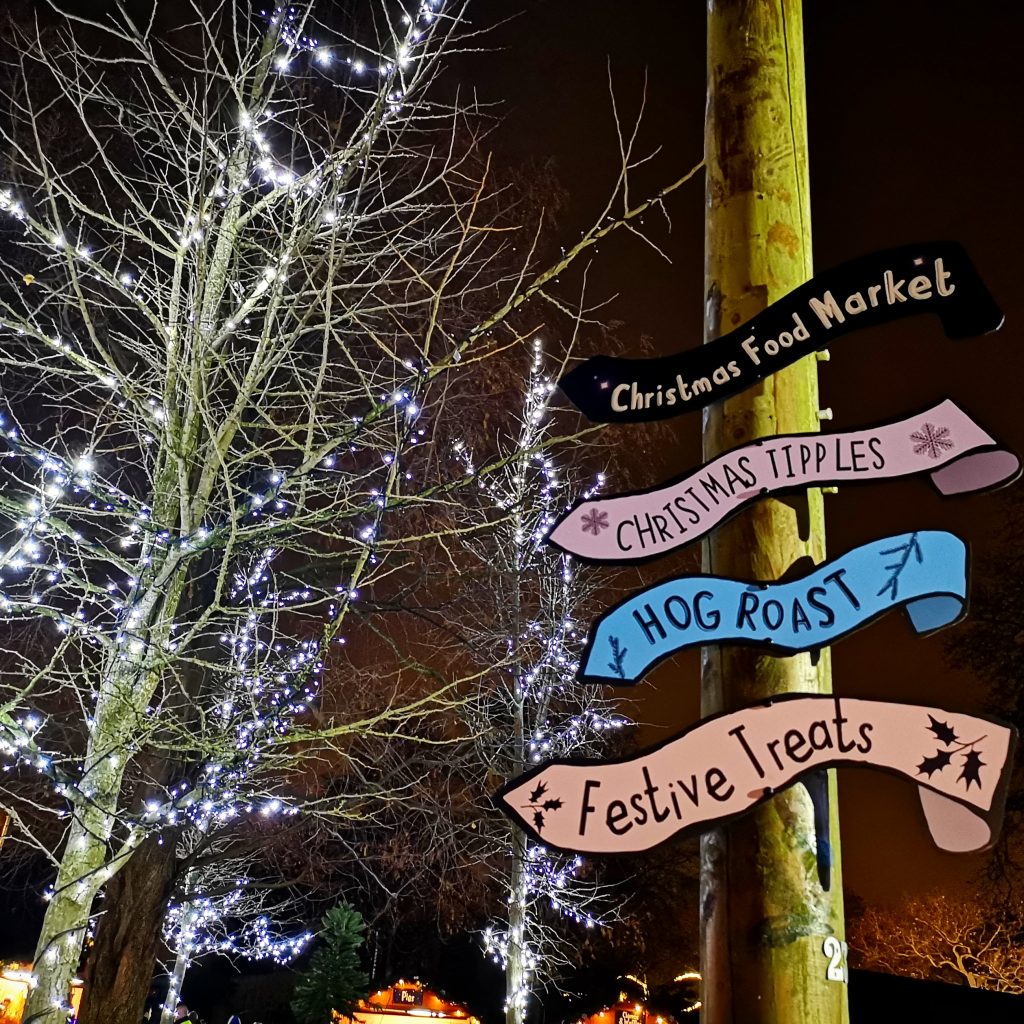 I’ve never been a fan of those battery powered, light up, whizzy things.  The sort you get at the local Christmas light switch on?  And I was a bit disappointed to see them being sold here.  The children all had lanterns, so didn’t need anything else to hold and really, given how artistic and fairytale-like the rest of the experience was, having this whizzy things there was just annoying.

I don’t think I was alone in thinking this as although there were a few around at the beginning, they’d largely disappeared into back packs and changing bags by the time we were half way round!  Take my advice, don’t buy one!

I reckon we walked about 2 miles.  Dorothy was nearly three and did it all on foot!  I’m sure she was tired and I’m sure her little legs were aching but she was so in love with everything that she didn’t seem to notice. 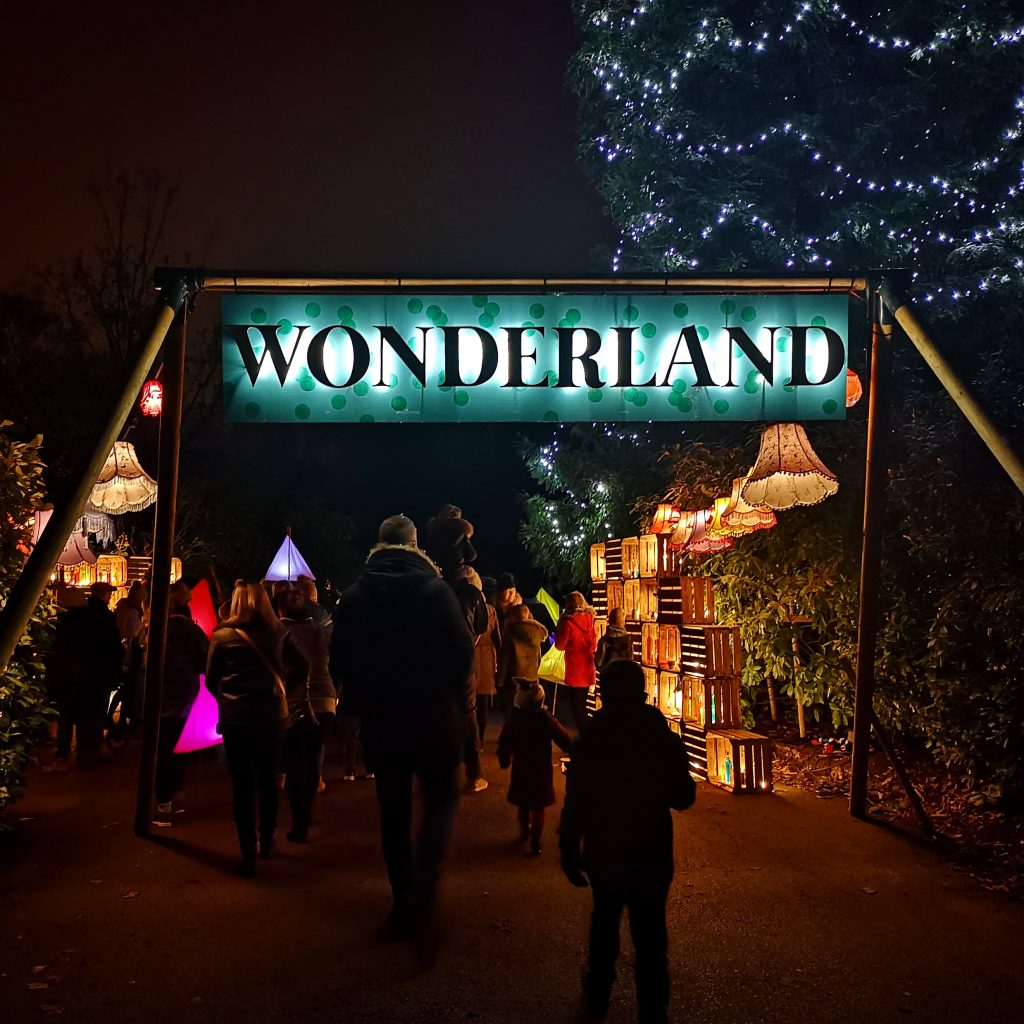 We bumped into friends outside the loo (of course) and when I saw Jane, the first thing we both said was that it was all too beautiful.  We both admitted that we’d been close to tears and neither of us are particularly soppy. 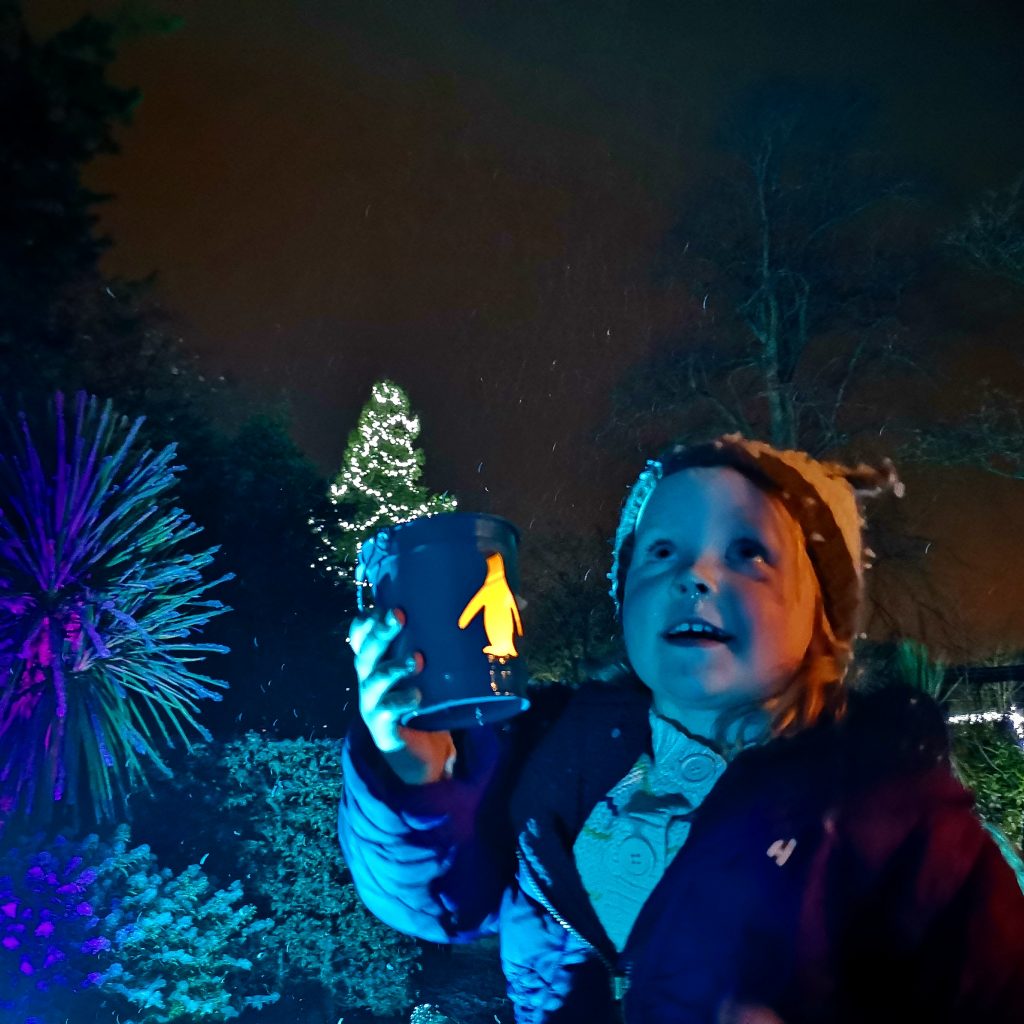 There were tantrums at home time, naturally.  For once I don’t blame Dottie for kicking and screaming.  I didn’t want to go either. 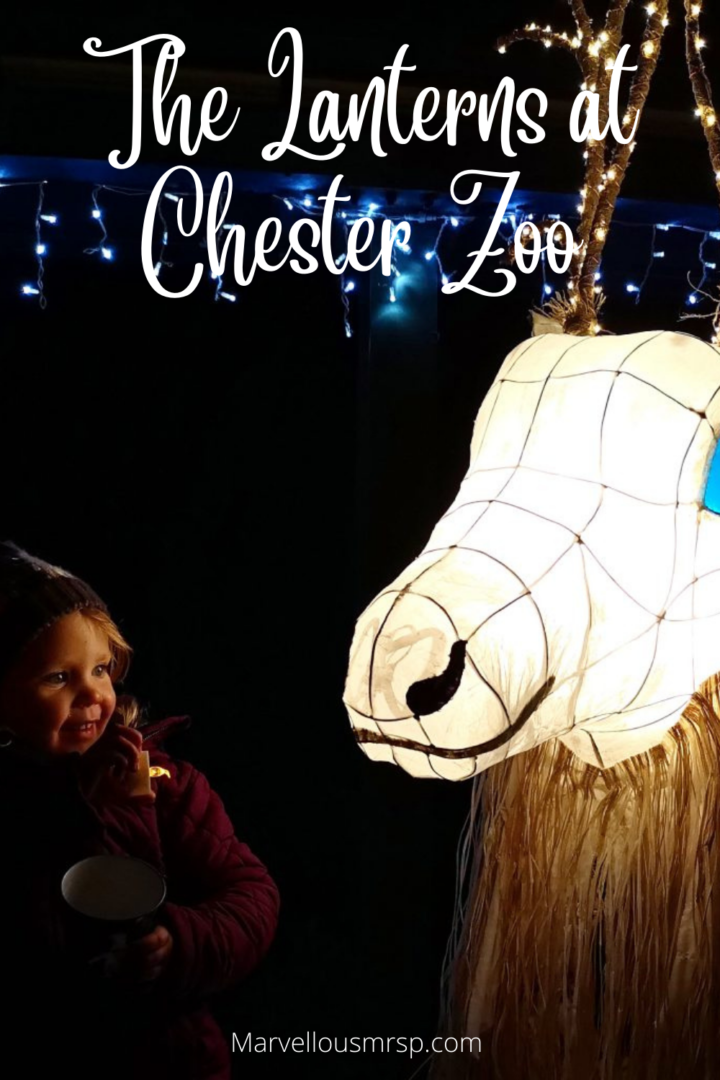 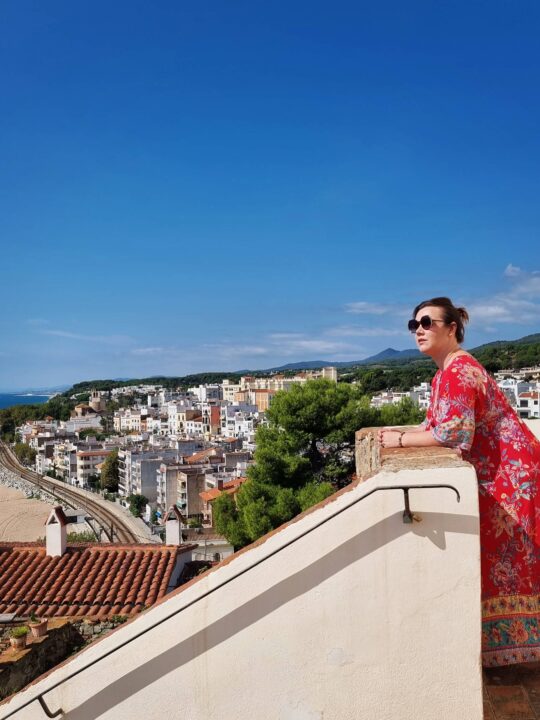 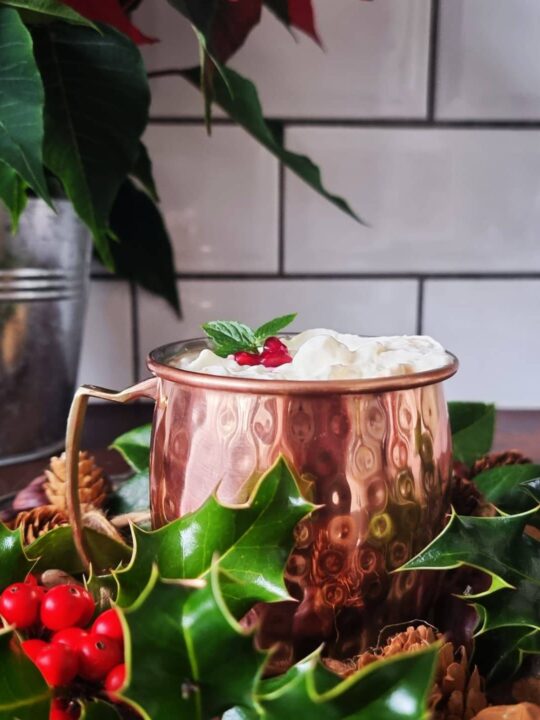 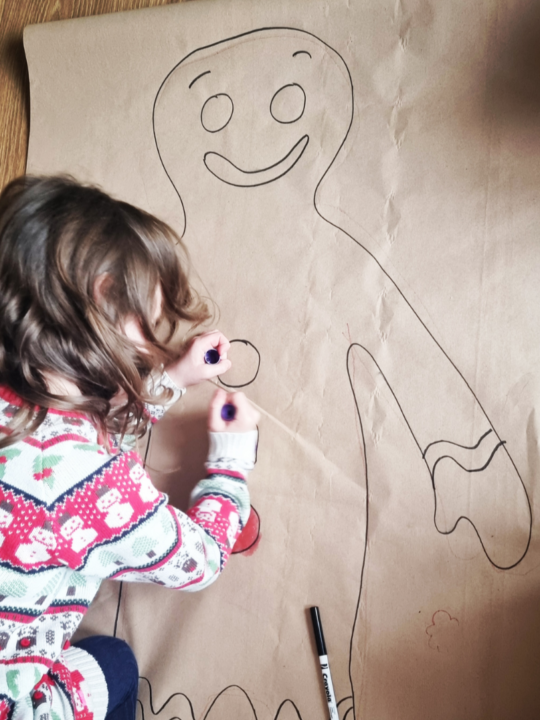 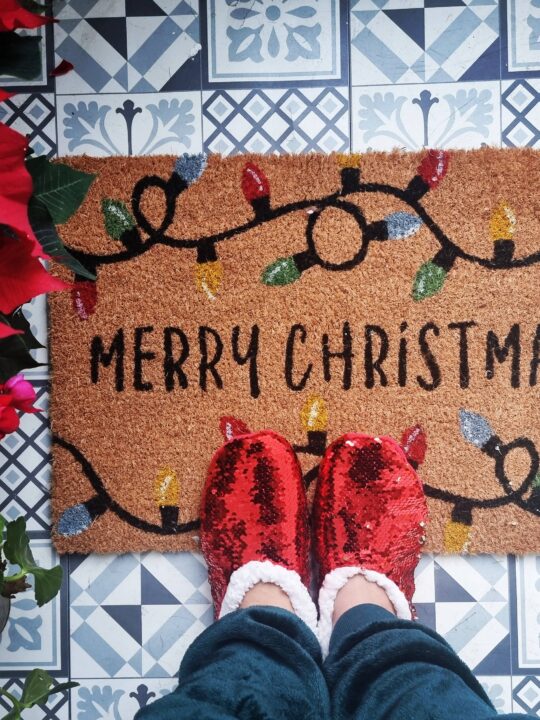 Christmas Stuff To Do 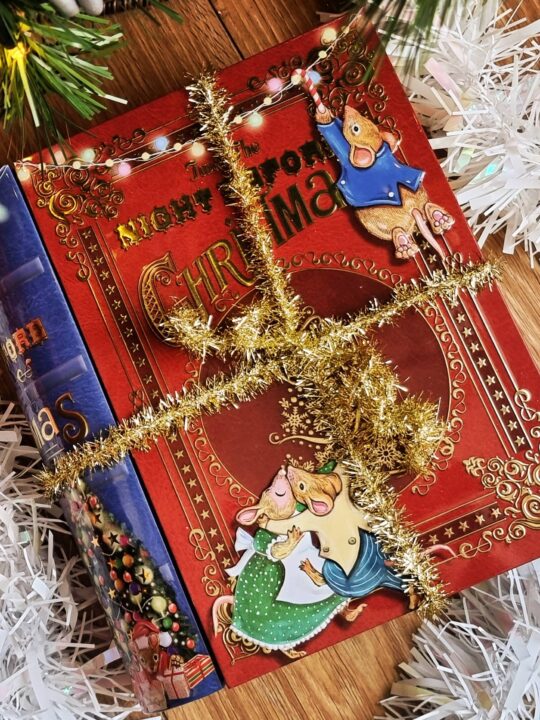 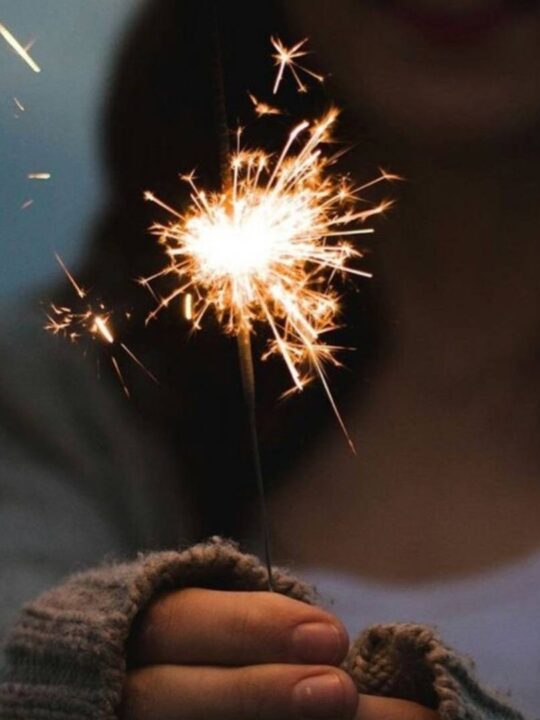 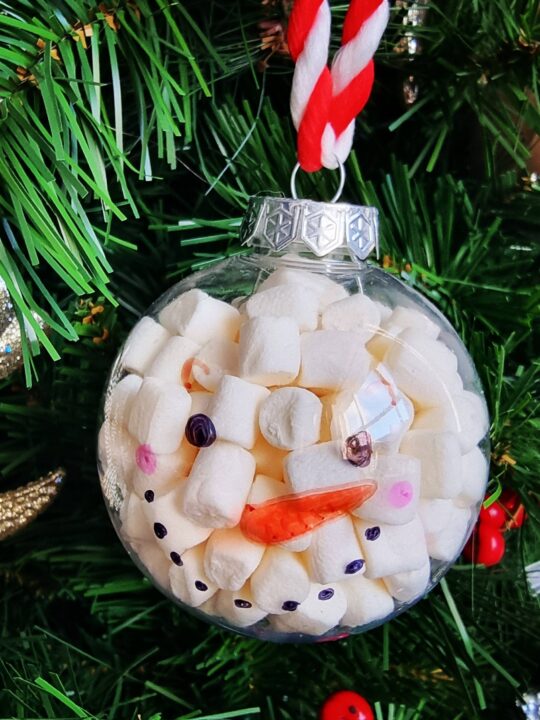