The first time I walked Beth to school after we moved to Rose Cottage, we passed a house with a very strange tree in the front garden.  The branches hung low to the ground and it was laden with what looked like very troubled crab apples.  In late Spring it had large white flowers that smelt amazing. 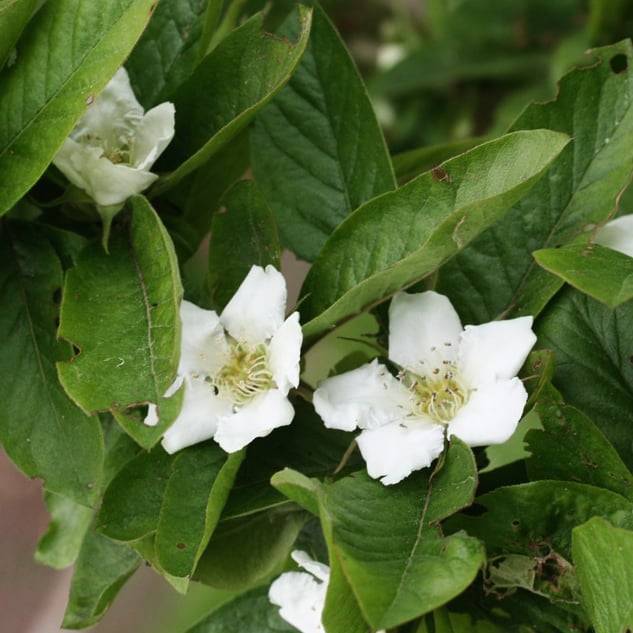 For years I passed this tree and wondered what it was.   Eventually I discovered that it was a Medlar.

Medlars are something of a forgotten fruit- you’re not going to see them in the supermarket!  They have some funny nicknames 😳 ‘Cat’s bottom fruit’ and ‘open arse fruit’ to name just a couple.   They’re very old, famously enjoyed by Henry VIII and mentioned in the literature of Shakespeare, Chaucer and DH Lawrence.  They’re called such weird things because they look, well, weird!  But what do they taste like?  Well if you want to know, you’ll have a bit of a wait. 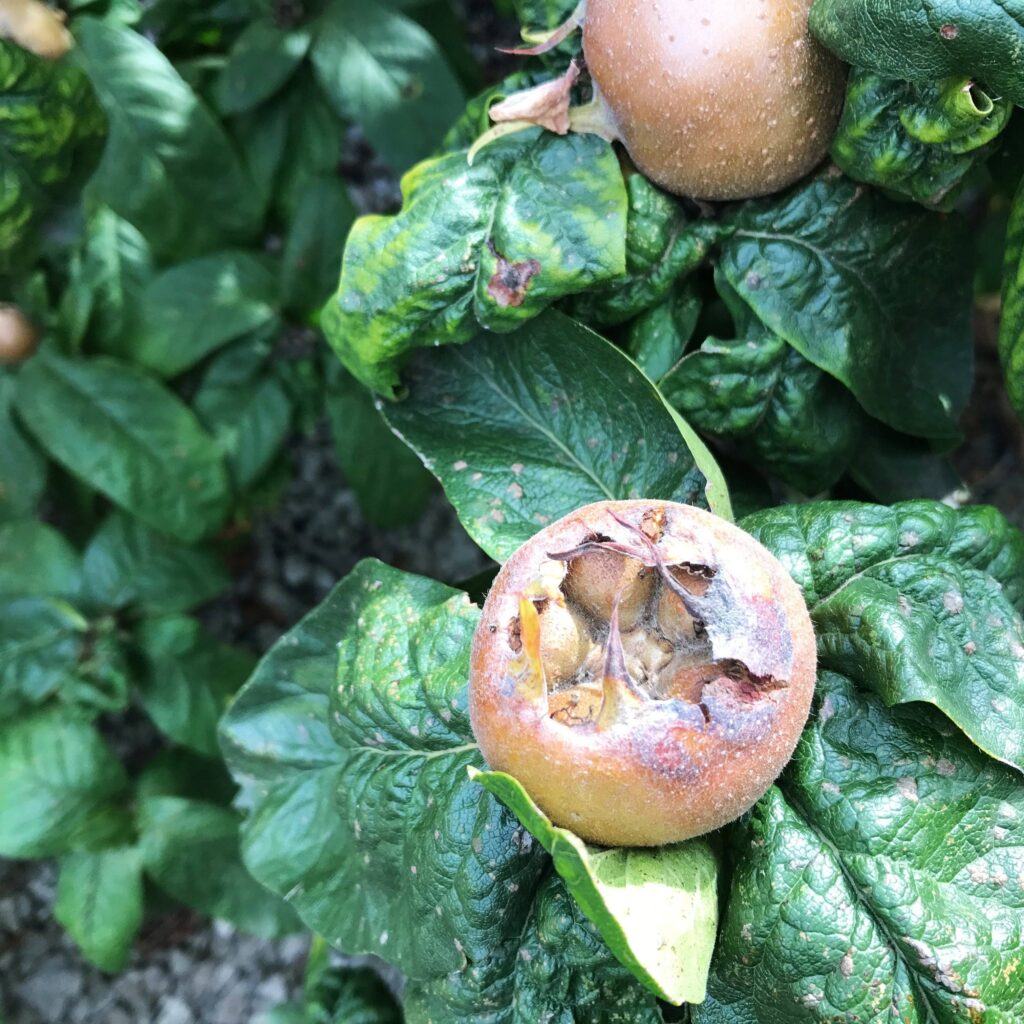 Although medlars bear fruit in September-October, they must be allowed to ‘blet’ before they become at all palatable.  Belt basically means rot.   Yes that’s the face I pulled too!

While I was mightily put off by the idea of a fruit that’s rotten before it’s ripe, the mysterious look of this fruit, the notoriety and the old English recipes just drew me in and one Autumn day I found myself knocking at a stranger’s door and asking if I could pick their fruit. 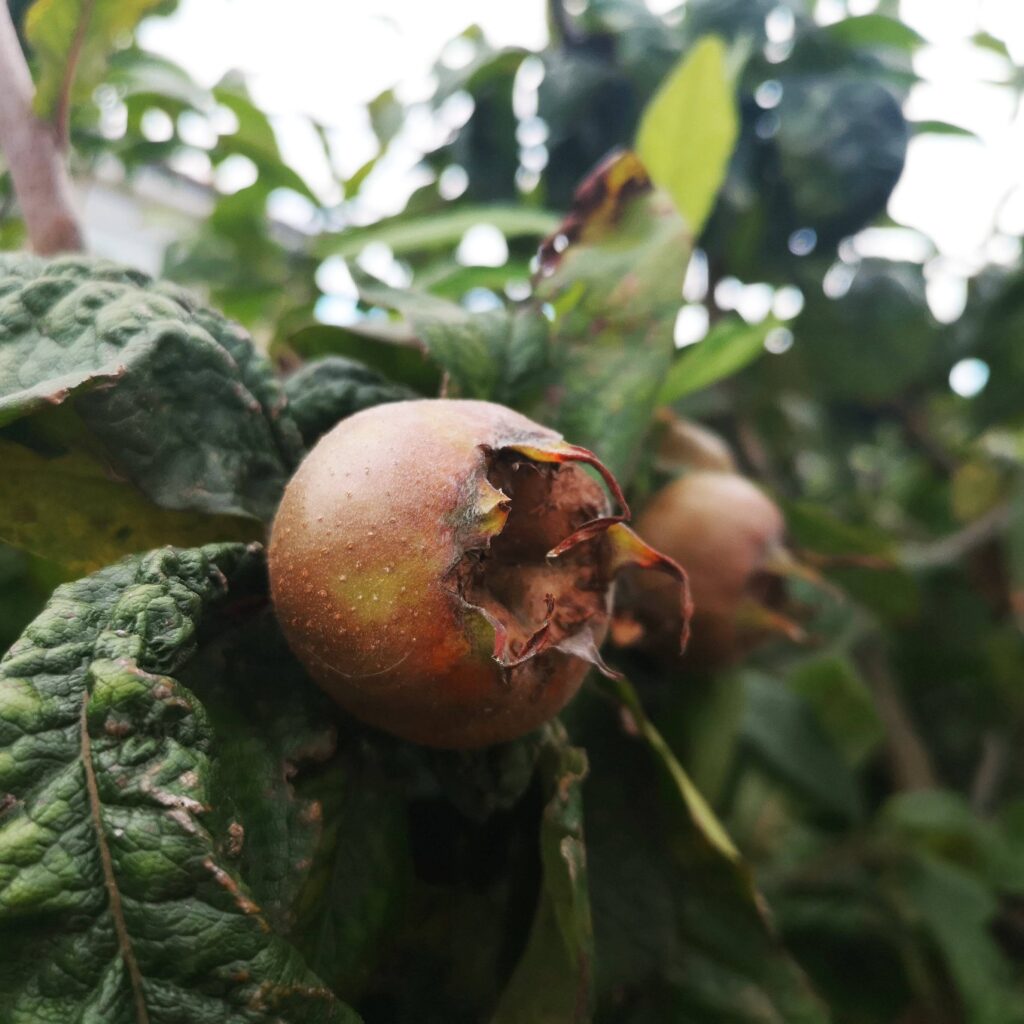 Luckily Pauline, the lady behind the door, turned out to be lovely.  She didn’t like the taste of medlars and said I was welcome to take as many as I liked.

Those bloody medlars sat in my kitchen, refusing to soften and ‘blet’ for months!!! By mid-December, I couldn’t wait any longer and began to process them. 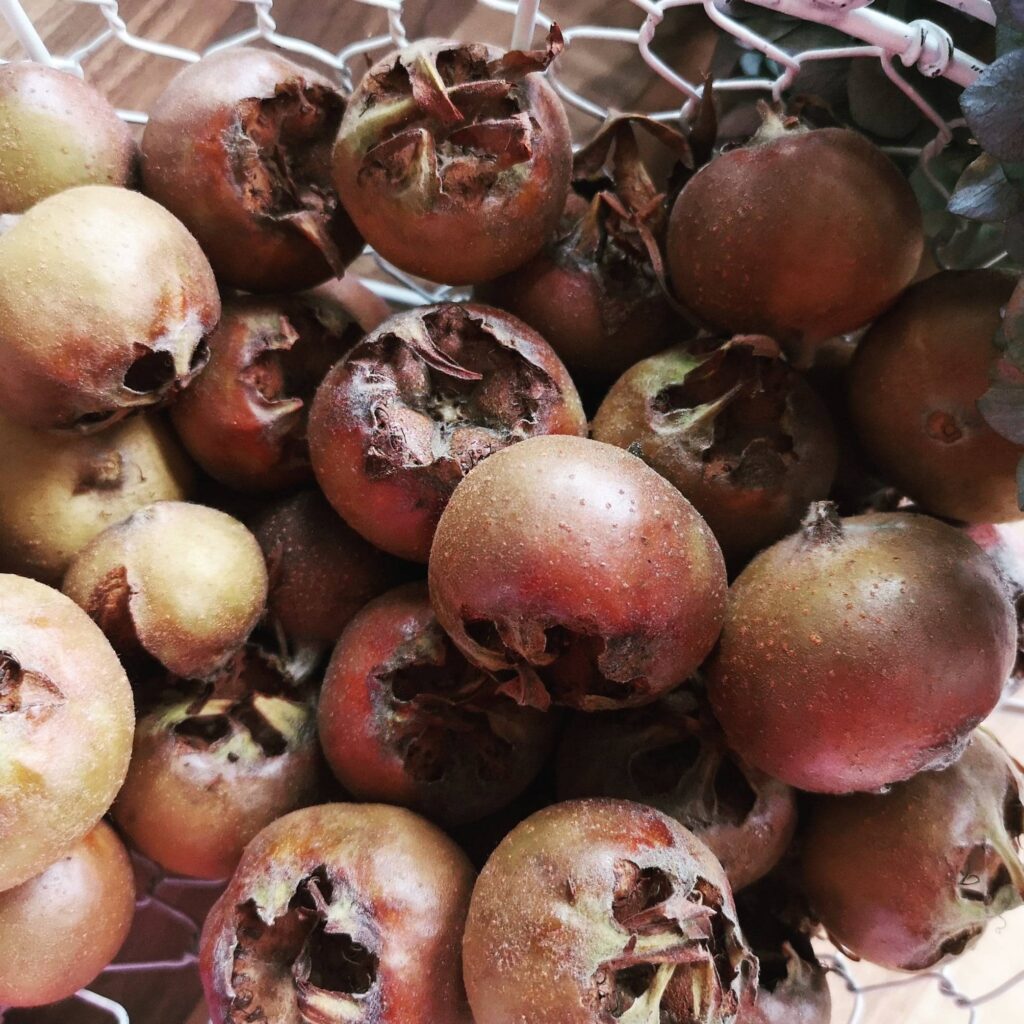 The inside resembles pumpkin guts and the texture was unpleasant to eat as a piece of fruit – they need to be made into something.

I made medlar jelly – a loose, jam-like stuff and medlar cheese – a sweet sliceable sweet that can be added to a cheeseboard.

Both were delicately delicious.  They had a pink, slightly coral colour, the texture (of the jelly and cheese) was smooth and the flavour was something between a pear and a date.

Most people were too afraid to try them 😂 but those who did partake were really taken with the flavour.   They definitely earned me some foodie points!

Last year I didn’t find myself walking past the medlar house during Autumn and by the time I passed in early January, all the fruit had fallen into Pauline’s gravel garden.

Then I read about people picking them from the floor elsewhere in the UK and I started to peer over the fence and wonder whether I should give it a go.

This week I gave in to the urge and checked them out.

It’s all perfectly bletted.   Most fruits are completely intact and because they fell on top of leaves on gravel, they’re clean – the genius of nature having the leaves fall first as a cushion.  I broke one open, half expecting it to be full of creepy crawlies, but it wasn’t.   Instead it fizzed as the skin split and I was greeted with a sweet, alcoholic smell.   So I filled a bag! 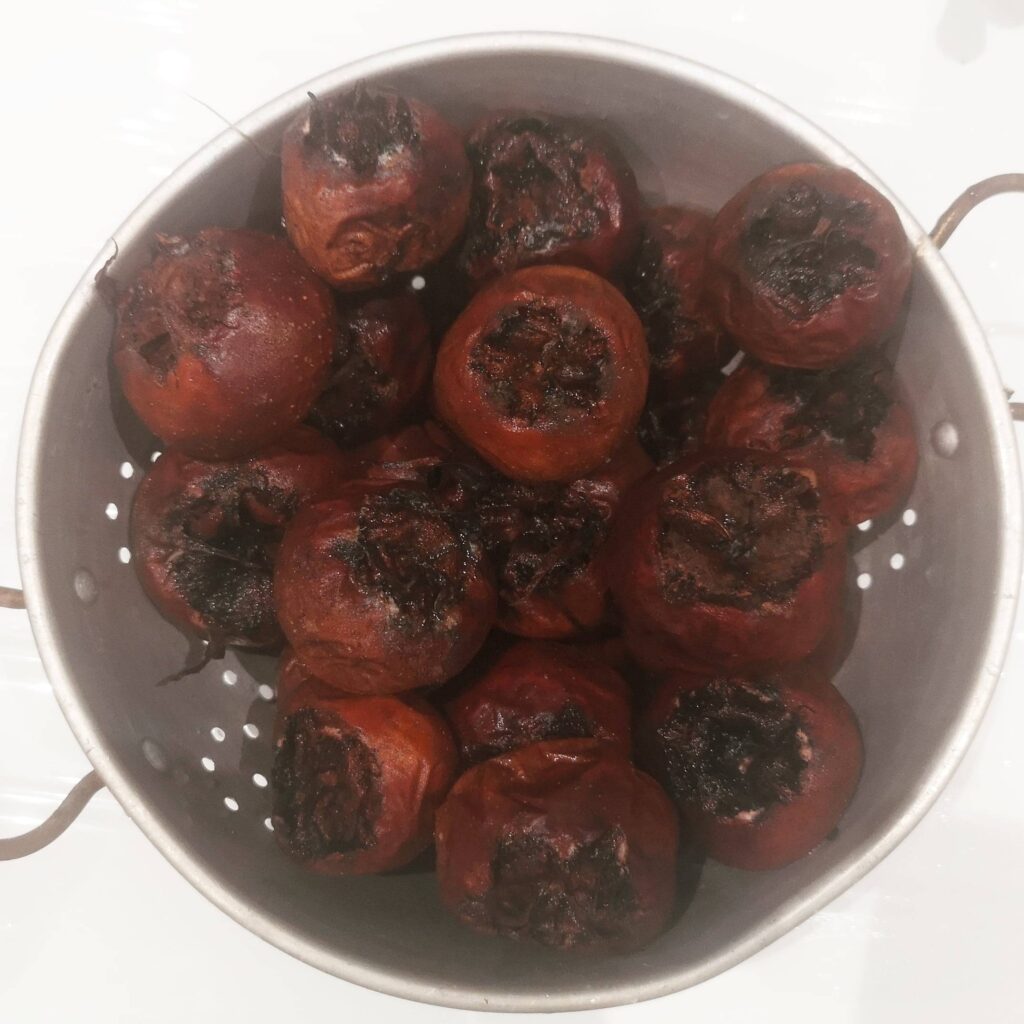 Now I’m not sure that they’ll make particularly good jelly or cheese as they’re pretty boozy, but they’re crying out to become a liqueur.

So watch this space!  It’ll be six months before I can report back as to what medlar Liqueur tastes like but I’ll tell you as soon as I know! 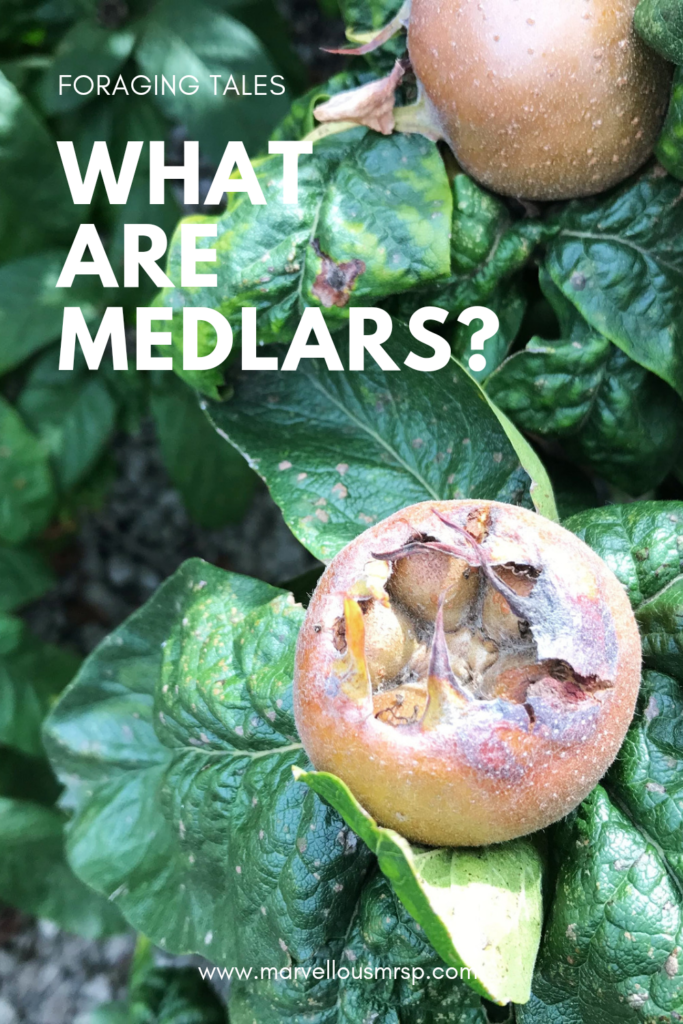 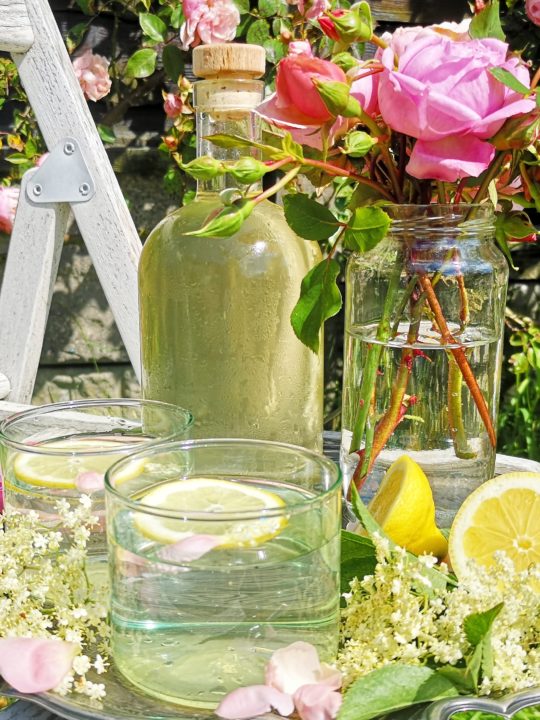 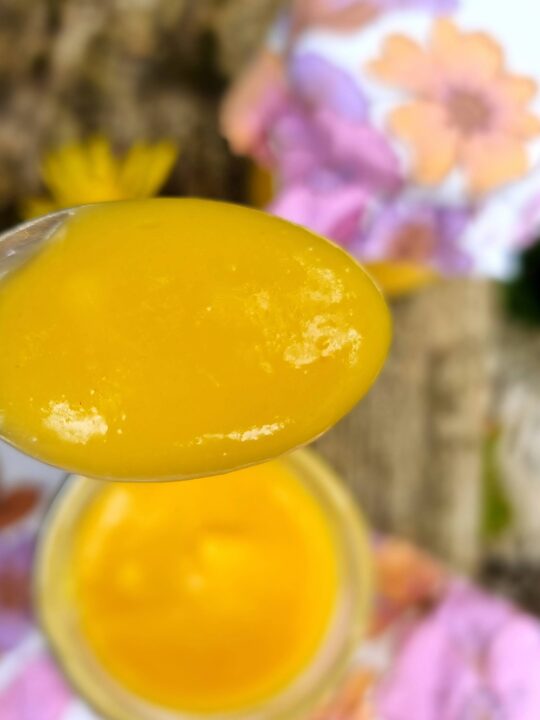 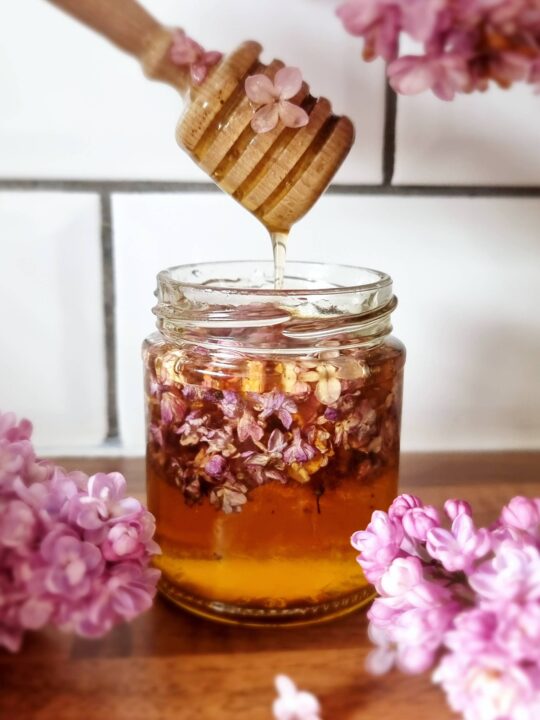 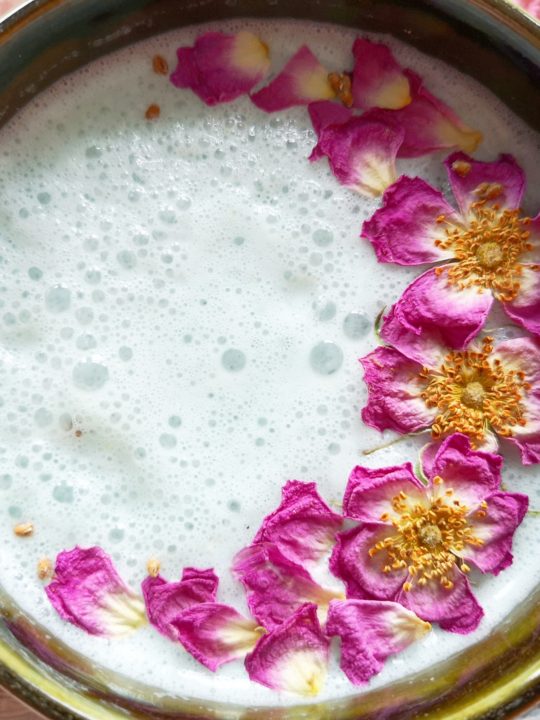 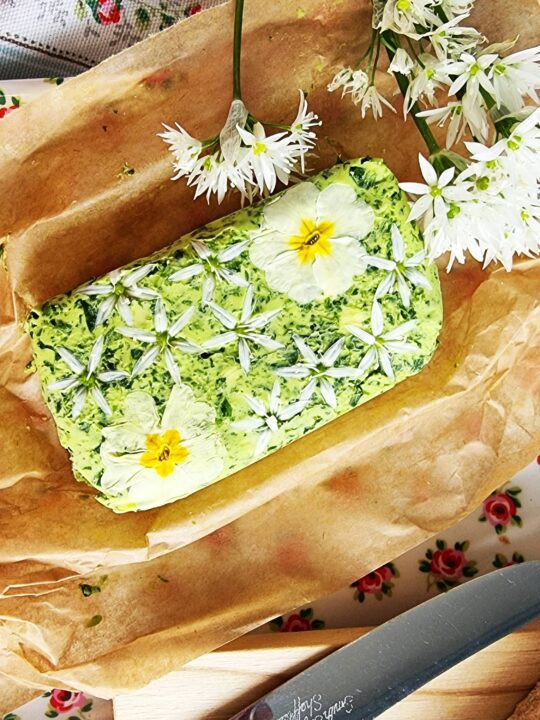 10 Reasons Why Foraging Is Good For You 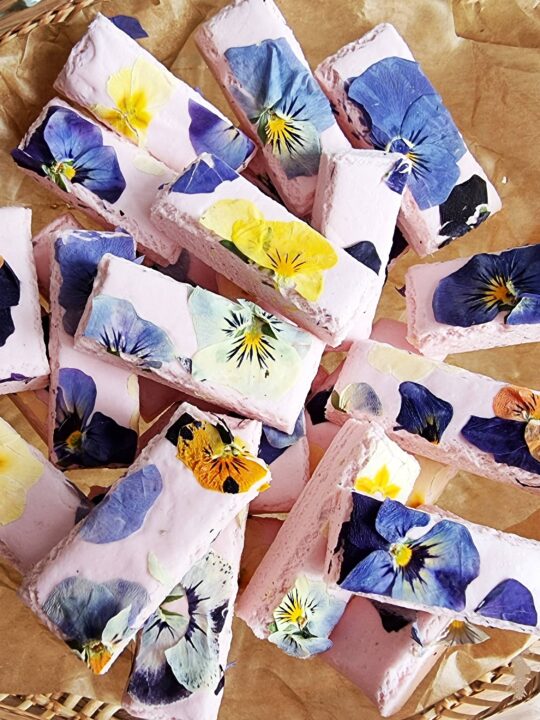 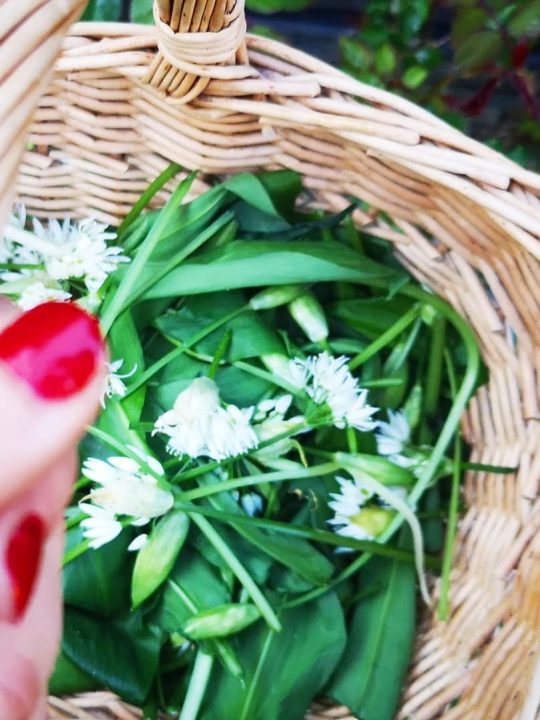